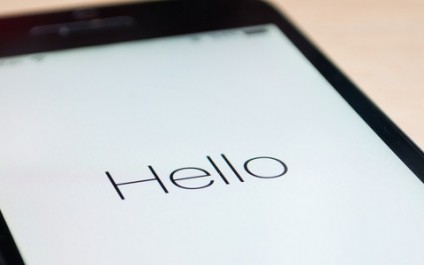 iOS updates for iPhone happen on a regular basis. While you may be in the habit of updating to the latest software without giving it a second thought, consider holding off the installation to save yourself from unnecessary headaches that come with a premature iOS update. Avoid unnecessary inconvenience during your iOS installation by following these six guidelines.

Just because a new iOS update is released doesn’t mean you must install it right away. In fact, users who install the software early have to deal with the imperfections and the bugs of the newly released update. For example, when iOS 11.3 was released, many users suffered from autocorrect bugs, unstable bluetooth connections, and shorter battery life.

Do your research before updating to a new version of iOS to be on the safe side. Get feedback from users who have already upgraded to the latest software, read Apple forums, watch YouTube tutorials, and do a Google search about the pros and cons of upgrading to the newly released iOS.

When downloading and installing an iOS update, you will be asked for your Apple ID. To save time, prepare your password and passcode beforehand. Keep them handy, since an iOS update sometimes automatically logs you out of your favorite apps and services.

Updating your iOS can be tricky. Important files can get lost during an iOS update, and if you store important business or personal information on your device, you don’t want to lose it during an update. Avoid losing precious files by creating a backup of your phone data either through iTunes or iCloud before you start the update.

Power your battery & connect to WiFi

If you choose to install the new iOS Over-the-Air (OTA) rather than plugging your device into a desktop, you should be aware of two things. First, your battery must be charged to at least 50% or plugged into an outlet before you can start the update. Second, you cannot update using a cellular connection — you must be connected to WiFi.

Most users face no issues after the update, but some may encounter inconveniences such as shorter battery life, unresponsive touchscreens, and difficulties connecting to WiFi. If these issues happen to you, don’t panic. It is more than likely that answers to your problems are already posted on the web. Whatever your issue might be, a quick Google search should turn up multiple solutions for it. You can also look for answers in forums specifically dedicated to Apple products.

You can downgrade if you want

If you’ve installed the update but have come to regret the decision for one reason or another, there’s good news. You can downgrade for a short period of time after an update is released. There is one catch, though. You can only downgrade to a limited number of previous versions.

For example, if you recently updated to iOS 11.4.1, you’ll only be able to downgrade to iOS 11.4 or iOS 11.3.1. You cannot downgrade to any versions older than these, so think carefully before choosing whether or not to upgrade.

These tips are useful not only for the latest iOS update. Apple follows the same installation procedures for new software releases, so you can still use these tips when you upgrade to future iOS releases.

IT Services
Industries
Company Blog
About Us