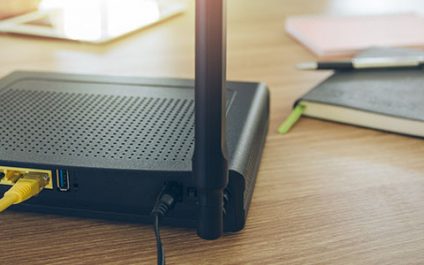 Yet another global malware infection has been making headlines and the story just took a turn for the worse. When the news of VPNFilter first broke, experts warned that 500,000 devices were already infected, but now they believe that the number is much higher. Thankfully, it’s still not too late to protect yourself.

A team of security researchers from Cisco released a report that a strain of malware had been discovered on hundreds of thousands of routers and network devices. Originally, researchers believed it affected only Linksys, MikroTik, Netgear, and TP-Link devices.

Like many malware strains, VPNFilter infects devices that use default login credentials. But it’s worse than the average cyberattack because its capabilities are very destructive and cannot be removed by simply rebooting the infected devices.

Just two weeks after VPNFilter was discovered, security experts announced that it targets 200,000 additional routers manufactured by ASUS, D-Link, Huawei, Ubiquiti, UPVEL, and ZTE. Worse yet, VPNFilter can alter data passing through infected routers. That means when you enter a username and password into a banking website, hackers could steal that information and show you an incorrect account balance to hide fraudulent deductions.

How To Stop VPNFilter

Rebooting a router won’t remove the malware, you need to factory-reset the device and update it with the latest firmware. Usually, this requires holding down the Reset button on the back of the device for 10-30 seconds, then wait a few minutes for the reset procedure to complete before visiting the router’s support website to download and install the latest firmware. If your router has no reset button, or its manufacturer no longer provides security updates, or if you’re unsure how to update the firmware, please contact a local IT provider immediately.

Cybersecurity threats have become so prevalent that even large enterprises struggle to keep their digital assets safe. Outsourcing IT support to a managed services provider like FelinePC will give you enough capacity to deal with issues like VPNFilter as soon as they arise. Contact us today to learn more.