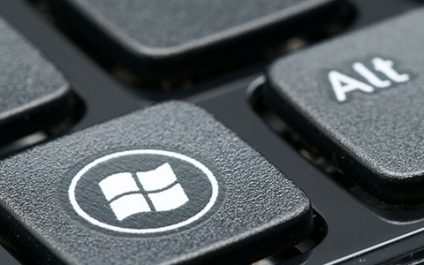 With Windows 10 taking up 36.3% of the total market share of operating systems worldwide, it’s no wonder every major update is highly anticipated. While the previous release of Windows 10 Redstone 4 (version 1805)  was merely a couple of months old, enthusiasts are already awaiting Windows 10 Redstone 5 (version 1809). We’ve compiled a list of the most significant updates in the next major Windows 10 update coming this September or October.

Sets takes the concept of tabs in your browsers and applies it to the whole Windows operating system (OS). It allows users to open a window with tabs for apps, files, web pages, programs, basically anything and everything.

For example: You’re working on a Word document and need to go online for research. Sets will open the web page in a tab beside your Word file. Then when you create a Powerpoint presentation for your report, it appears in a third tab. Everything connected to your Word document is neatly organized in a Set. So the next time you open your Word file, a prompt will remind you of the online article, PowerPoint presentation, and all other tabs related to your document. Microsoft explained it as “content that belongs together should stay together.”

The current Snipping Tool in Windows is a bit cumbersome and inconvenient for quick screenshots. Now you can press ALT + Shift + S to open the Snipping Tool from any screen. There are also new types of snips you can make:

Snipping Tool also allows you to launch the Screen Sketch app with one click, so you can immediately edit your image.

Microsoft finally added a dark theme to its File Explorer, so you won’t be blinded when you browse in the middle of the night.

Searching for files and apps from the Windows taskbar will have a wider display window to show more content and information. It also allows you to open related documents and perform related actions.

This app makes it a lot easier for iOS and Android smartphones to interact with your PC. You can send and receive SMS; and drag and drop files, photos, and more from phone to PC and vice versa.

Reminder: Stability is crucial for business computing, so business users may have a good reason to postpone non-security related major Windows updates

Shiny new features and updates can be nice and exciting, but if they were to break any existing core features or software that your business relies on, then the trade-off is obviously not worth it.

This is why FelinePC uses domain group policies to customize the Windows Update schedule for our managed IT clients. In most cases, we want to adopt the more conservative “Current Branch for Business” timeline (renamed to “Semi-Annual Channel” since version 1709) when it comes to major release updates, and also delay other feature updates that are not related to security patches. These policies require the “Pro” or higher versions of Windows 10.

The idea is very simple: let the hundreds of millions of other home/casual Windows users worldwide test out those new versions first, find and report bugs to Microsoft, who in turn fixes them before releasing the production-ready versions to business users. This way, you have a much safer buffer against any unexpected bugs and changes that can potentially cause down times and production chaos for your business.

If this sounds just a little “selfish”, don’t sweat it—there are more than plenty of people out there who are eager to test out the new releases. As a matter of fact, millions of users even willingly sign up for the “Windows Insider Program” to gain access to (buggy) new features before they’re released to the general public.