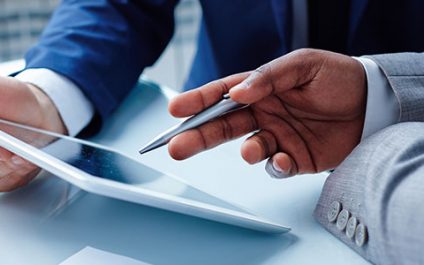 The relationship between computer hardware and software can be frustrating. Both require the other to function properly, but both also require individual attentions. Virtualization makes this relationship more flexible. Originally adopted by mostly enterprises and initially came with plenty of limitations and caveats, today’s virtualization technologies are much more mature and suitable for businesses of all sizes. Here we’ve got a rundown on a few of the best benefits of modern virtualization. Later, you may also want to check out “Industries that can benefit from virtual desktops”.

Virtualization vendors use fancy names for the features of their technology, but behind all the technobabble are some revolutionary concepts. Take “fault tolerance” for example. When you use virtualization to pool multiple servers in a way that they can be used as a single supercomputer, you can drastically increase uptime. If one of those servers goes down, the others continue working uninterrupted.

Another example of this is “live migrations,” which is just a fancy way of saying that employee computers can be worked on by technicians while users are still using them. Let’s say you’ve built a bare-bones workstation (as a virtual machine on the server), but you need to upgrade its storage capacity. Virtualization solutions of today can do that without disconnecting the user and restarting their computer.

Data backups are much simpler in a virtualized environment. In a traditional system, you could create an “image” backup of your server — complete with operating system, applications and system settings. But it could be restored to a computer only with identical hardware specifications.

With virtualization, images of your servers and workstations are much more uniform and can be restored to a wider array of computer hardware setups. This is far more convenient and much faster to restore compared to more traditional backups.

In an effort to increase security, IT technicians usually advocate isolating software and applications from each other. If malware is able to find a way into your system through a software security gap, you want to do everything in your power to keep it from spreading.

Virtualization can put your applications into quarantined spaces that are allowed to use only minimum system resources and storage, reducing the opportunities they have to wreak havoc on other components of the system.

The same features that quarantine applications can also create customized virtual spaces for old software. If your business needs a piece of software that won’t work on modern operating systems, virtualization allows you to build a small-scale machine with everything the program needs to run. In that virtual space, the application will be more secure, use fewer resources, and remain quarantined from new programs.

There are several ways virtualization and cloud technology overlap. Both help users separate processing power from local hardware and software, delivering computing power over a local network or the internet. Because of these similarities, migrating to the cloud from a virtualized environment is a much simpler task.

There is no debate about the benefits of this technology. The only thing standing between your business and a better computing experience is an IT provider that can manage it for you. For unlimited technology support, virtualization or otherwise, on an affordable flat monthly fee, get in touch with FelinePC today!