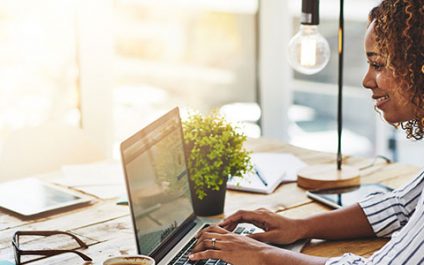 Microsoft recently announced that Office 365 apps, including Excel, Outlook, PowerPoint, and Word will be going through a design overhaul to boost the productivity of their subscribers. They plan on releasing new features over the next few months. For many business users who use the Office suite day in and day out,  some may consider these updates to be welcoming and refreshing, while others may be wary of major changes. Nonetheless, it’s at least worth checking out what Microsoft has in store for the upcoming release.

The biggest update is with the ribbon, which is a command bar at the top of a window. The new design now has a simpler, cleaner look that gives users the chance to customize the tools they work with most, simply by pinning apps or files to your Windows taskbar. Even though this new ribbon is designed with simplicity in mind, if you don’t find it helpful you can still revert back to the regular three-line view.

Some users may already be using this new ribbon in the online version of Word, while Outlook for Windows will receive it sometime this month. However, Microsoft disclosed that they aren’t yet ready to roll it out to PowerPoint, Word, and Excel for Windows.

One of the major changes is with the search option in Microsoft Office apps. The developers improved the search experience by using Microsoft graph, so users can now see search recommendations when they move their cursor to the search box. Some have already seen this update take effect, but it won’t be available for Outlook on the web until August.

To make the overall design more aesthetically pleasing, the colors and icons of every app have been revamped, too. They wanted a more modern look crisp and clean no matter the size of the user’s screen, which is why they employed scalable graphics. It first debuted on Word before appearing on Excel, PowerPoint, and Works for Windows last month. As for Outlook for Windows and Mac, users can expect the update later this summer.

Office 365 is constantly evolving to benefit subscribers. And to make things even more interesting, users will be chosen at random over the next several months to receive the updates, and Microsoft will gather their reviews to make further improvements. Co-creating new features with customers is something Microsoft truly believes in, so this isn’t simply a social media tactic.

If your business is still deliberating whether it’s the right time to sign up for a cloud-based collaboration solution such as Office 365, please feel free to reach out to FelinePC for advice. One thing is almost certain: if you’re a small business and you still host your own Exchange server on-site for your emails, chances are Office 365’s cloud-based Exchange service will make more sense for you at this point. We have helped many clients successfully migrate to Office 365 over the years, either through full on-premise to cloud switch or hybrid deployment. No matter what your circumstances are, there will be a solution out there that can suit your needs.